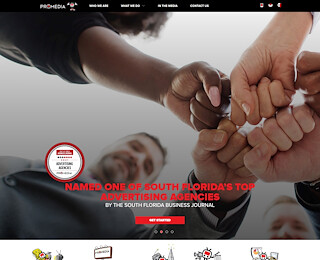 Most of us fast-forward on commercials online and on TV. This scenario was not the case a couple of decades ago when our childhood fun was made up of commercial songs. Why should you advertise on TV? TV is one of the other traditional marketing modes, such as social media, print, and radio. A look at TV ads and cable TV will quickly let you learn the excellent unmatched opportunities for your brand.

Everything about television advertising

Opportunities in a Television advertisement

Live sports offer the best advantages of television advertising. Cable TV has highly rated sports events where the ads are engaging and relevant to the audience.

Programmatic ads and OTT offer accurate analytics and reports. We integrate digital marketing analytics to understand the target audience with television adverts better. The most likely places to source audiences include the following:

What is the role of television advertising?

Television marketing is better than most traditional media and will perform much better than digital media with the right strategy. Sometimes, it works better as a complimentary ad that enhances other mediums like direct mail, newspaper, and radio. However, one cannot expect the same performance from broadcast or cable without enough support of different forms.

People do not adhere to radio as much as before and prefer controlling their music through apps and live streaming options. Television is more impactful than radio and requires much less air time to make the same impact. It is possible to pay way less with television ads, to get the same results with more expensive radio options.

The local cable is more viable because it allows one to zero in on the specific town or community. Cable subscribers are a lot more tolerant of ads, especially when they have an impactful message in a great-looking display.

There is no particular advertising package on TV because each element matches a specific marketing goal. Factors affecting the price of TV ads include the following:

Where can you buy television ads? ProMedia has a streamlined process to get ready commercials and analysis after launching the ad. Our professionals walk you through the advertising division when you call 1-866-851-LEAD for a free marketing consultation.